What is micro influencer marketing?

…and why should brands capitalise on the growing power of micro influencers?

What is a micro influencer?

The numbers in the definitions can vary a little, but the general consensus is that a micro influencer has 10,000 – 100,000 followers across their social media profiles (as a side note, anything lower than that is classified as a nano influencer).

So why would a brand want to work with an influencer with a smaller audience when there are such huge, well-known personalities (yes, we’re talking about you, Kim!) with much bigger audiences out there.

To understand micro influencer marketing, we first need to look back at the original rise of influencers, or as we called them then, bloggers. In the early 2000s, bloggers started to move from being considered uber-geeks posting their very niche musings to a limited audience through blog posts, to becoming influential publishers in their own right. The rise of the blogger can be credited to the fact that they were offering honest and relatable peer-to-peer recommendations and advice, alongside a consumer desire for unbiased reviews of products, services and experiences.

Popularity grew, as did the number of social media platforms they had to play with: Twitter, Instagram, Snapchat etc.

Enter us PR and marketing folk, keen to utilise social media and the digital world to deliver results, tapping into a flourishing ready-made-audience channel.

Since then, many influencers have become celebrities in their own right. You only need to look at the likes of Zoella and Joe Sugg to see how astronomic the rise to fame can be.

Zoella is a YouTuber, she started blogging in 2009, became a YouTube star and is now a published author and businesswoman worth an estimated £2.5m. And her brother, Joe Sugg, is a YouTuber too. Joe has reached such heights of fame that he was a contestant on the 2018 series of Strictly Come Dancing.

An era of mistrust for high profile influencers

This level of meteoric rise and being a ‘blogger’ or ‘social media influencer’ becoming a genuine career option has muddied the transparent and unbiased nature of the content somewhat.

While traditional media outlets have to adhere to advertising standards and other content policing, this new form of publishing managed to slip through the cracks. And in some cases, it became impossible to tell what was an honest review or opinion, and what an influencer had been paid to promote.And so the question marks started to appear. Those who we once saw as one of us, taking the time to tell us about the products we might be considering buying, had become stars. Far from delivering authentic, inspirational and aspirational content, they’d moved to living unattainable lifestyles and nullified the peer-to-peer relationship that we’d all bought into.

Add to this some high-profile examples of posts not quite being what they seem and the era of fake news, and the level of mistrust for high profile influencers has grown.

So we come full circle and once again, those smaller in audience become bigger in their power to engage and persuade. Last summer, we were charged with helping Rabbie’s increase the profile (and ultimately, sales) for their tours from London. One of our tactics was to work with a group of influencers; sending them on different tours while they share their experiences across their various platforms.

Our strategy when working with influencers is, first and foremost, to make sure they match the brand. If their followers are engaging with content that reflects what the brand, then we should be onto a winner. For this particular project, we engaged with a small group of influencers that had follower numbers ranging from just a couple of thousand, all the way up to beyond the 100,000 marker. The majority were in the micro influencer bracket. A resounding success, this influencer work, alongside our other campaign activity, helped to drive a significant increase in sales. 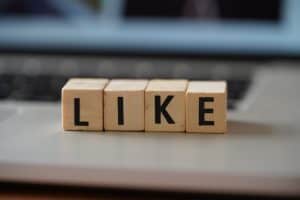 We all know it’s not just about follower numbers when it comes to finding influencers to work with. In fact, the smaller micro influencers can often have much higher levels of the all-important engagement – likes and comments. Their accessibility and relatability mean that their audiences feel more included and more like they’re part of a community and are therefore much more engaged with the content

Working with niche audiences means you can be very targeted with your messaging knowing you're playing directly to the audience's passion points.

Some of the fees the bigger influencers can charge are eye-watering. Consider paying less and delivering your content to an engaged, interested and trusting audience – it’s a no-brainer!

Find out more about how engaging influencers can benefit brands with our exclusive, free guide: